In the Fall of 2012, seven dedicated young men from the University of Alabama at Birmingham came together with a vision of creating a brotherhood that would unite young men from all walks of life, serve the community, and give the South Asian population a voice that was missing in their community. It was their determination to bring the ideals, principles, and traditions of Delta Epsilon Psi to their campus. On that day, they created the interest group “TAMPA I20”. Over time, “TAMPA I20” began to pave the way toward the establishment of Delta Epsilon Psi, overcoming many obstacles and adversities. These men never lost sight of their vision and motivated themselves to face any barrier standing in their way. On February 7th, 2013, multiple months later, the seven members of “TAMPA I20” were invited by the Multicultural Greek Council to establish Delta Epsilon Psi National South Asian Fraternity, Inc. at the University of Alabama at Birmingham, becoming chartered as Alpha Iota Colony. 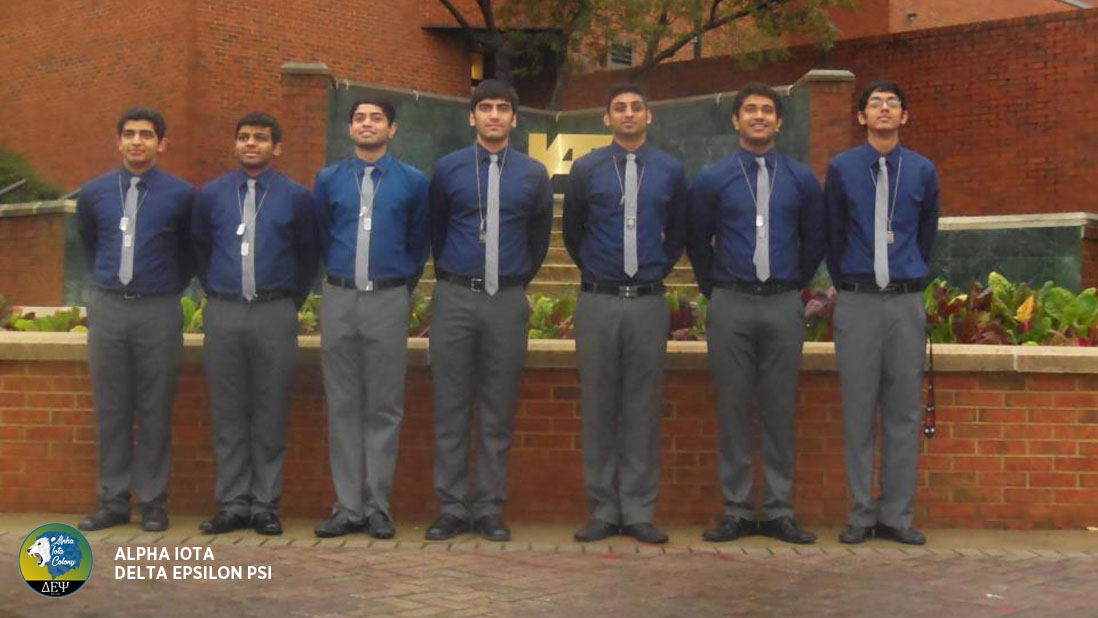 Since the establishment of Delta Epsilon Psi, the men of Alpha Iota Colony have continued to use the Founding Fathers’ vision as their stepping stones to build a brotherhood of leaders. With the principles of Brotherhood, Discipline, and Commitment, the brothers of Alpha Iota Colony have worked with determination and passion to create a fraternal organization that not only strives for growth in itself, but also the personal growth of each brother and the community that they are a part of. To this end we have hosted several signature service events such as; Play For Education, an annual carnival-like event on the UAB Green where we raise money for One Life At A Time; Trimming Diabetes, where we raise money for JDRF and trim a brother’s head; Bone Marrow Drives, where we help register people for Be The Match on their national bone marrow registry. To this day, the Alpha Iota Colony upholds the ideals, principles, and traditions of our founders and excels as a prominent organization here at the University of Alabama at Birmingham.